Ever since the Joker destroyed Arkham Asylum while trying to kill Batman on the powerful Titan drug he hasn’t been doing as well. Sure, since the prison was transferred to a walled off section of Gotham City he has become king of a section but will he last? Because after taking the Titan drug his body is starting to fail but there is just one last thing he has to do, take on Batman one last time. Now you can look just like the Clown Prince of Crime straight from the hit video game in this awesome costume..

Turn Gotham City into your own personal playground when you wear this Arkham City The Joker Costume. Batman won’t stand a chance against you as the Clown Prince of Crime! 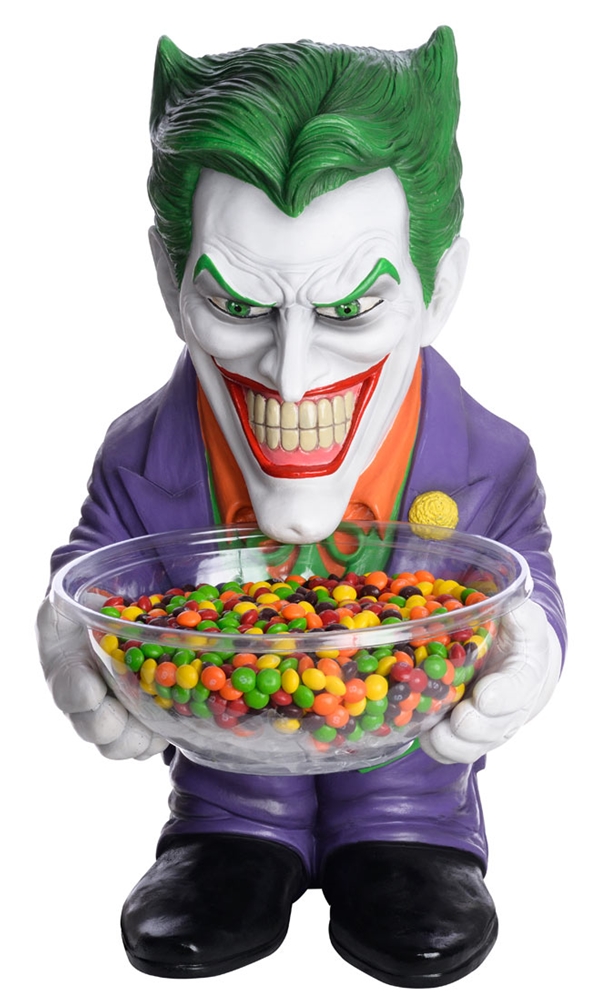 Even Superman gets a little chilly when he’s hanging out in the Fortress of Solitude. He might be great at saving the world from evil doers like Brainiac, but he’s not all that great at selecting a wardrobe for keeping cozy while relaxing. That’s why we’ve decided to help the guy out! This throw-style robe keeps a Kryptonian warm, so you should be extra warm when you chill in this thing..

This Superman Adult Comfy Throw is the kind of thing a guy can save the world in, or take a nap in. Really, it’s your choice which you decide to do. 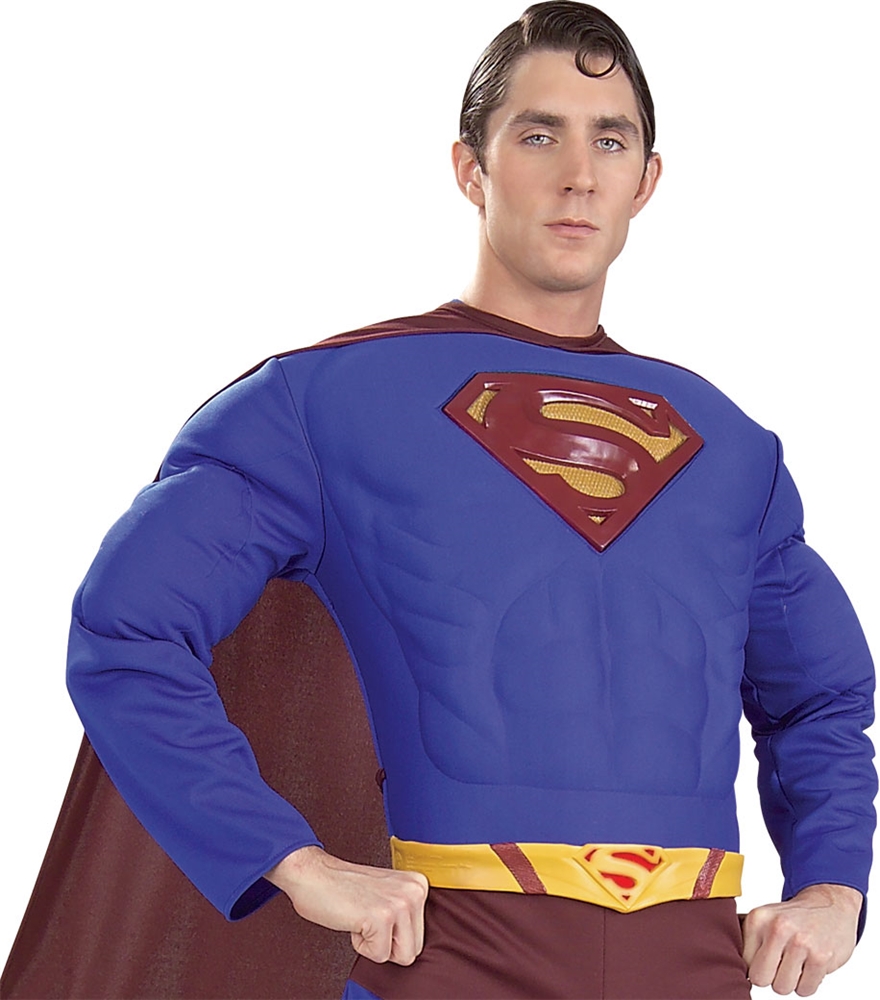 With the right tools any woman can be Natasha Romanoff. The first step, the Black Widow wig. The combat training and espionage stuff… well that’s up to you..

Are you woman enough for the wig? If it’s good enough for Natasha Romanoff, then it should be good enough for you. This Black Widow Wig is the sexiest and stylish way to complete your femme fatale costume. A baby with Spider-man’s powers? Oh great, as if rearing an infant wasn’t tough enough already. Next thing you know she’ll be crawling… on the ceiling, and she’ll be webbing the bed. Don’t be surprised if her first word is, “Thwip.” If you’re ready for some super human parenting, then our girls infant Spider-Girl Cutie costume is the way to go. Just don’t forget to teach her: with great power, comes great responsibility!.

Can you imagine what would happen if Mary Jane and Spider-Man had a child? It would probably look a little like this Infant Spider-Girl Cutie costume! Your friendly neighborhood Spider look won’t be complete without a pair of Adult Spiderman Movie Gloves. They are the perfect way to conceal your identity just in case someone attempts to recognize your thumbs! Your fingerprints are safe inside these gloves..

Pair the Adult Spider-Man gloves with your next Spidey costume. They’ll keep your hands warm as you fight off crime. Who knows what would happen if Peter Parker left fingerprints! It must be a great feeling to know that Captain America needs your help! In this Boys Falcon Classic Muscle Costume, your son can have that feeling. Wouldn’t it be great if anyone could get a jet pack like the one Sam Wilson used to become Falcon?.

The Falcon is suiting up with Captain America to take down the Winter Soldier! Your child can be ready for all of the epic action with this Boys Falcon Classic Muscle Costume! 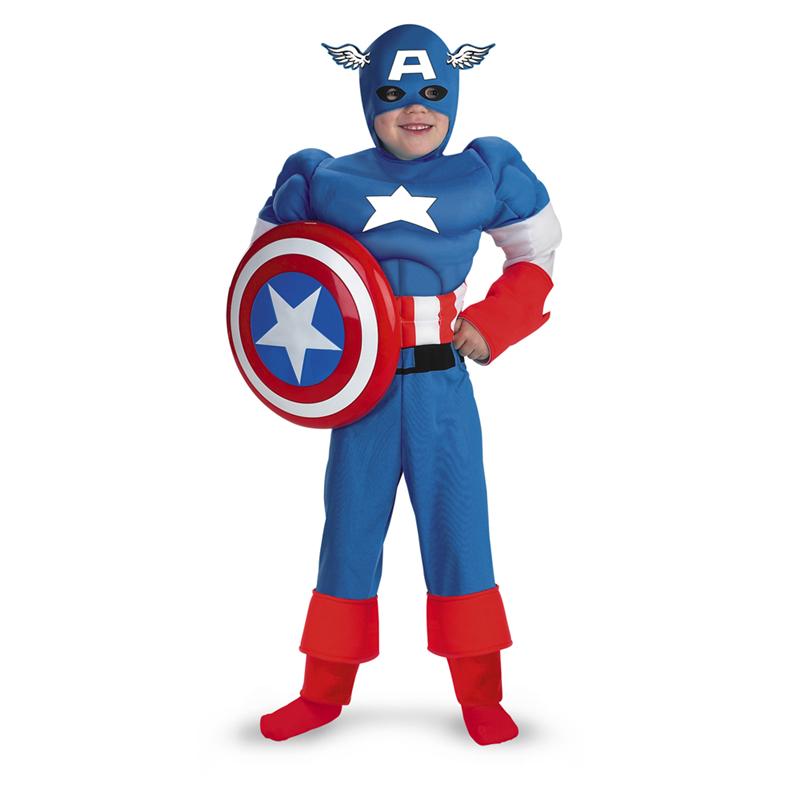 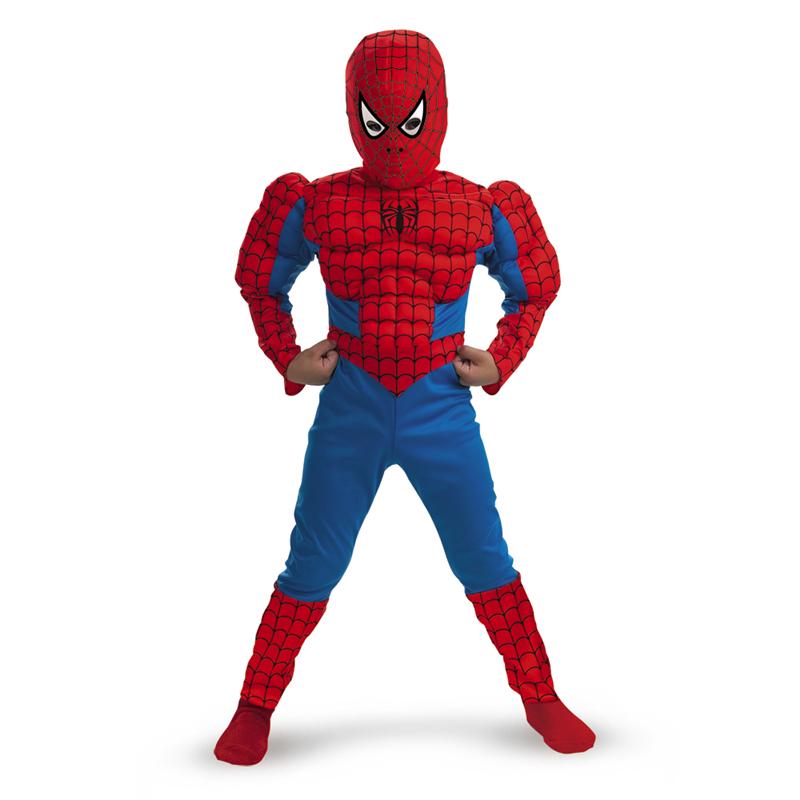 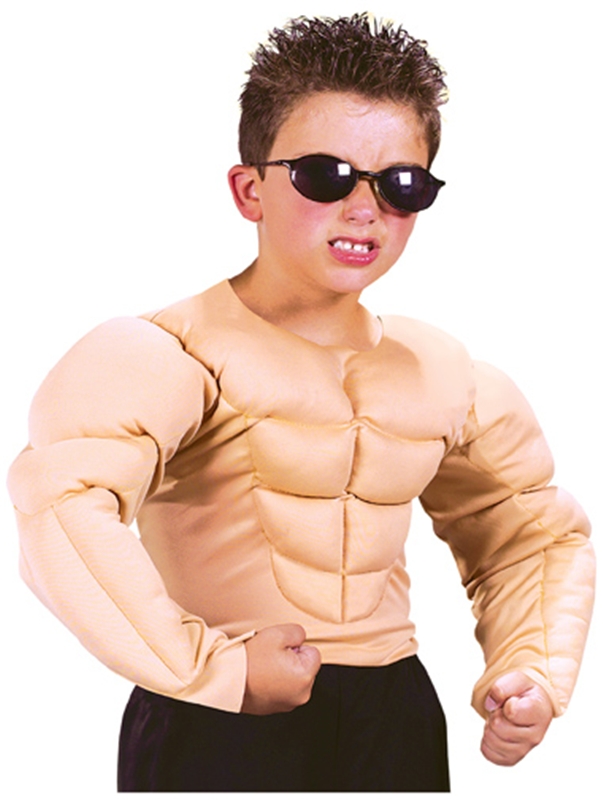 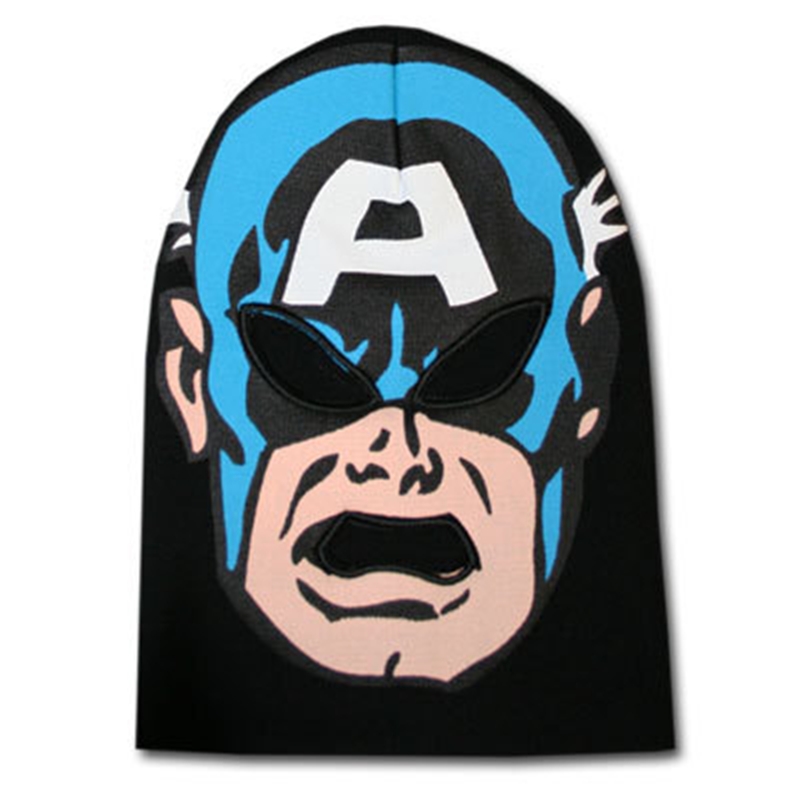 Show some attitude in this Deluxe Sassy Spidergirl Costume! The four-piece ensemble includes dress, petticoat, shrug and eye mask. Complete your look with sexy black or red boots or shoes and Spiderman gloves and web-shooters. Become a true marvel when you wear this Spider-Girl costume..

No longer do you have to suffer weird looks from strangers when you attempt to have a conversation with the lobsters in the lobster tank at restaurants. This Aquaman t-shirt makes you look like the type of superhero who can actually understand them. The lobsters will still be pretty confused though..

Tired of getting strange looks whenever you speak to sea creatures? This new Aquaman costume t-shirt comes straight from DC’s New 52 comics to make you look like less of a weirdo. Being the heiress of a superhero has its perks. Carry on Cap’s legacy as the American Dream in this sexy Women’s Captain America Costume! Add our women’s red superhero boots and Captain America shield to complete your outfit.. 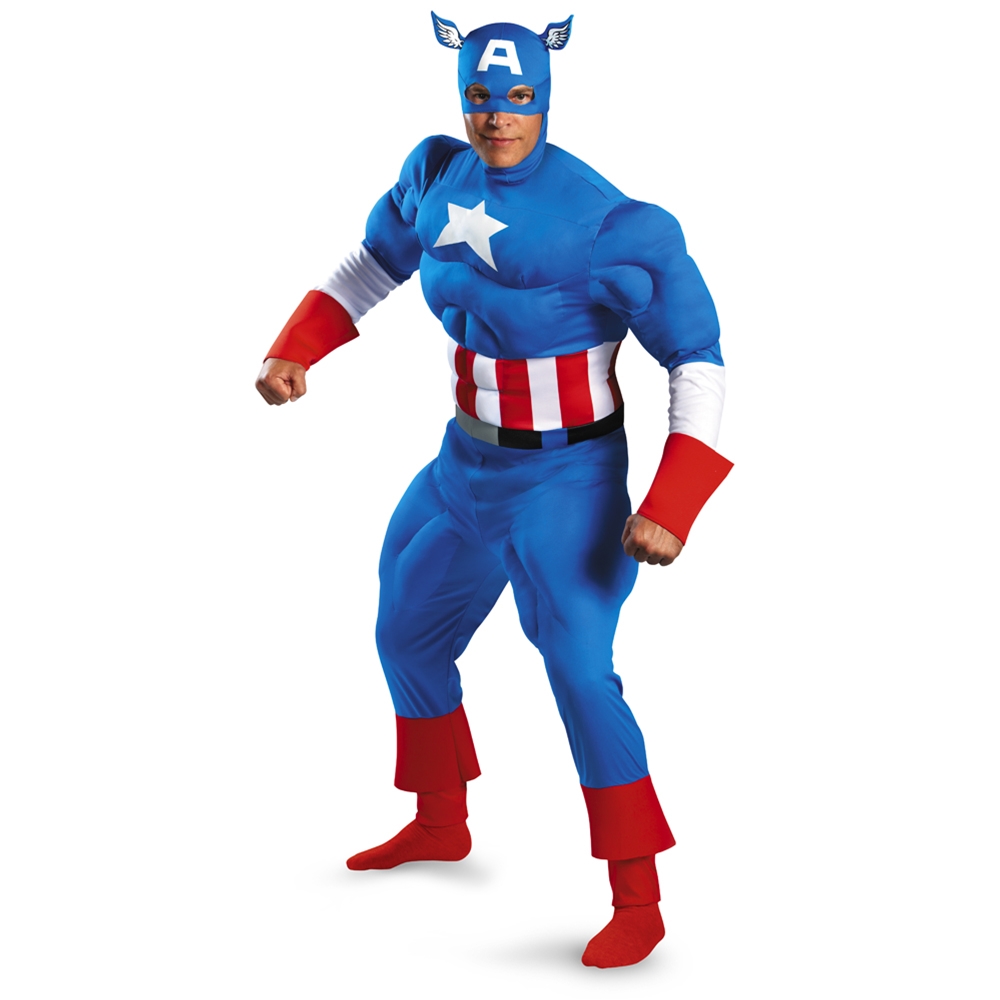 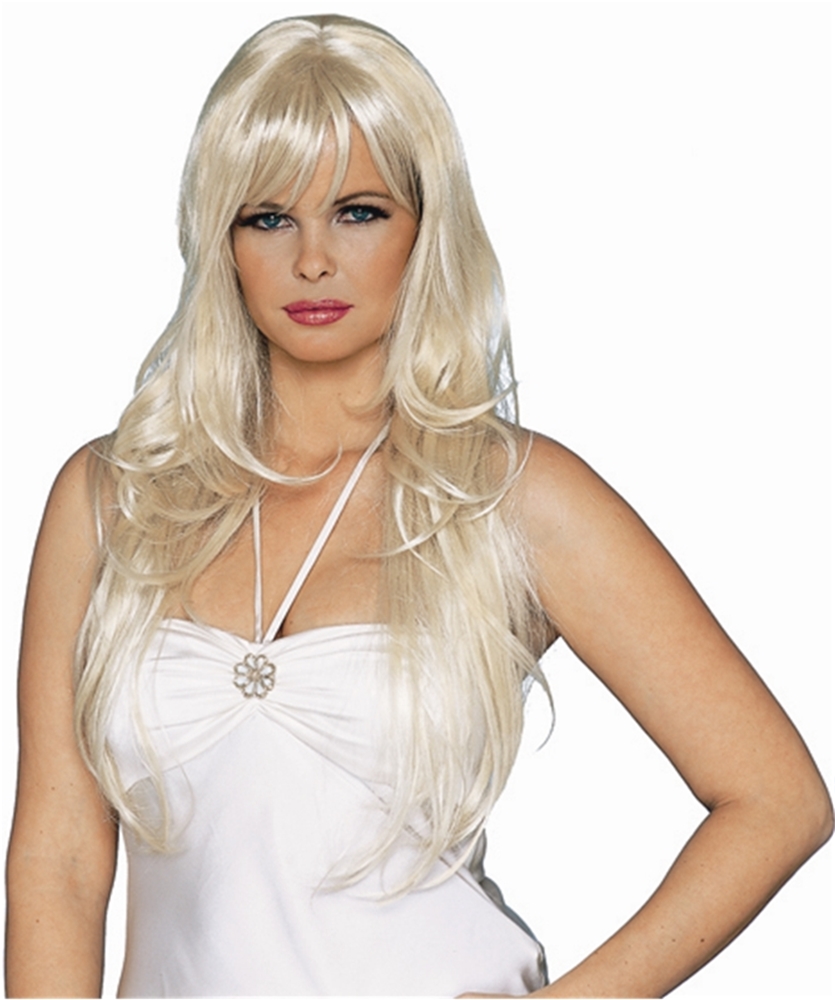 When danger rears its ugly head in Metropolis it up to one man to save the day! Superman! Now your little one can pretend to be the man of steel this Halloween in this awesome costume. Whether it is imagining to be flying high in the air taking on the evil Bizarro or taking on all of Brainiac’s evil robots in a single punch he’ll be ready. Be sure to check out our other great Superman themed costumes for the whole family!.